PartyPoker Return to Back Mosconi Cup

The annual battle between Europe and the USA for the Mosconi Cup has helped to bring Pool from the fringes into sport’s mainstream. It’s hugely popular on both sides of the Atlantic with packed crowds in the arena and many thousands more watching via live TV broadcasting.

In 2018, the event comes back to the UK and will be held at London’s Alexandra Palace at the start of December. It’s an event that has started to receive more attention from the sponsors too and this year, PartyPoker are back as the main commercial partner of the Mosconi Cup. 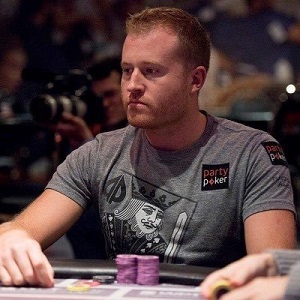 The four day event will take place in North London from December 4th to 7th 2018 and will be officially known as the PartyPoker Mosconi Cup. The operator is well known on both sides of the Atlantic and it’s good for all concerned to see them back and fully behind the tournament.

The deal also extends to 2020 so we will see PartyPoker linked to the competition for the next three editions at least and it’s important for the event to have that stability. In return for significant financial backing, the operator will receive widespread exposure as the title sponsor at the arenas and they will be visible to TV fans in Europe and in the US so it’s an arrangement that gives extensive coverage to the brand and naturally it’s delighted both parties involved.

We are delighted to be sponsoring the Mosconi Cup for the next three years,

It’s a great event that is enjoyed by thousands of fans and spectators who can look forward to a number of PartyPoker offers in the coming months.

Matchroom Sport and PartyPoker have a long-standing relationship working together across a number of major sporting events and I’m delighted that we have extended that partnership.

US Looking to Bounce Back

When the Mosconi Cup was first held in Romford back in 1994, it was a fairly low key event that wasn’t always taken seriously – certainly by Team Europe who would frequently field snooker players with limited experience of the pool table. As a result, Team USA would go on to dominate the early exchanges, winning ten of the tournament’s first twelve editions.

As stronger European players started to emerge however, the competition became far more competitive and in recent years, the results have turned and the wins have evened themselves up. As the sides prepare for the 2018 renewal, Europe have turned that domination around and have won no fewer than eight Mosconi Cups in a row and ten of the last eleven editions overall.

America will be looking to bounce back and address that slide at Alexandra Palace but they will be up against another strong European team and one that will be backed by a noisy home crowd.

Four days of thrilling entertainment are in store and while we are a few months away from the action on the table, it’s great to know that financial backing from PartyPoker is in place that will allow the Mosconi Cup to go from strength to strength.