It’s been a reflective year for those associated with the world of darts in many ways. At the very start of 2018, the most successful player in the game bowed out as Phil Taylor retired from the sport following the PDC Worlds at Alexandra Palace.

Following on from The Power’s retirement, we lost an icon of the sport as Eric Bristow sadly passed away on an emotional Premier League night. Their legacy can, however, be clearly seen on the oche as darts goes from strength to strength and the continued involvement of a key sponsor is going to be instrumental as the game welcomes a significant change.

It’s been confirmed that William Hill has extended its current deal as title sponsor for the PDC World Darts Championship until 2022 and along with the announcement, comes news of key developments for the competition.

For the 2019 championship, qualification and the preliminary rounds start in December this year before the final traditionally concludes on New Year’s Day. For the upcoming edition, an increased prize fund of £2.5m has been made available with the winner taking home a bumper cheque for £500,000.

It’s also been confirmed that for the first time in the history of the tournament, female players will be allowed to compete for the chance to make it through the rounds and into the advanced stages of the competition.

That’s a significant development for the sport and the continued involvement from William Hill has been welcomed by all parties.

We have a great relationship with Barry Hearn and his team at the PDC and we’re thrilled to continue this partnership until at least 2022. 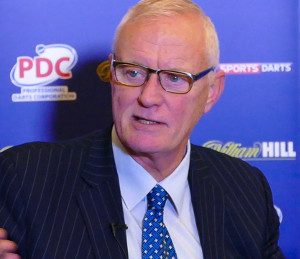 Mr Hearn, who is the PDC Chairman, added:

The William Hill World Darts Championship has become a phenomenon in worldwide sport given its incredible growth in recent years, but this announcement takes the tournament to a whole new level.

The backing of our sponsors William Hill and worldwide broadcasters led by Sky Sports has been matched by the incredible interest from fans who flock to Alexandra Palace every Christmas and watch around the globe.

As part of the new format for the World Darts Championship, an increased pool of 96 players will compete following a series of qualifiers and at least two of those 96 slots will be filled by female darters.

Darts is one of the few sports where men and women can compete on a level playing field: Previously, the likes of Gayl King and Anastasia Dobromyslova have looked to qualify for the PDC Worlds while at the start of 2018, China welcomed Momo Zhou into their team for the World Cup of Darts.

These are all important developments in the game that have been achieved through financial backing and that’s why William Hill’s continued involvement is so important. The news regarding the expansion of the tournament has rather masked the bigger story of Hill’s extension which increased the prize money and allows for that larger field to compete.

In return, William Hill will continue to enjoy huge exposure from the World Championship, both inside the arena at Alexandra Palace and via the millions who watch live TV broadcasts through the course of the tournament. It’s a deal that should be celebrated and it ensures valuable continuity for the next four years at least.