Major tennis events such as Wimbledon, the US Open and the Davis Cup will always receive plenty of financial backing from sponsors but it’s important that the smaller competitions aren’t overlooked. The ATP and WTA circuit provides regular competitive tennis through the calendar year bringing entertainment to spectators while allowing the players to find form and fitness for the four Grand Slams.

Casino operator LeoVegas has been involved with the Swedish Open for some time and it’s therefore good news to hear that the company has extended that deal. In the latest announcement, it’s been confirmed that LeoVegas has increased its status from ‘Official Partner’ to ‘Principal Partner’ but what benefits does the new contract bring to both parties?

Essentially, LeoVegas are just increasing their involvement and moving from among the pack of overall partners to become chief sponsor of this annual event.

This venture whet our appetite and we have therefore chosen to ramp up our sponsorship from official partner to become one of the Swedish Open’s principal partners.

Our ambition is to be at the forefront with our data-driven marketing and to combine this with collaborations and sponsorships that have a clear coupling to our offering.

We are therefore looking forward to the Swedish Open, which will be an extension of an exciting summer in sport that will get off to a serious start in June with the 2018 FIFA World Cup.

The length and financial terms of the arrangement have yet to be disclosed but it’s certain that LeoVegas will have increased their outlay as they move up to become the chief partner of this tournament which has a long and respected background. 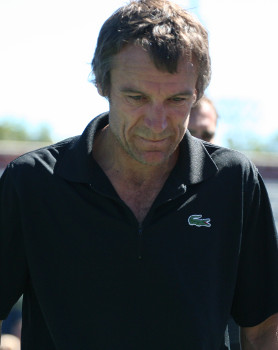 The Swedish Open is one of the oldest events on the ATP Tour, having been first established way back in 1948. Over the years, some of the biggest names in the sport have lifted the trophy including home favourite Bjorn Borg who took three men’s singles titles between 1974 and 1979.

The Swedes are well represented on the men’s honours board with Mats Wilander and Magnus Gustafsson also recording multiple victories while more recently, Robin Soderling has also lifted the singles trophy on two occasions. Spain’s David Ferrer is the reigning champion as the event returns to the quiet seaside town of Bastad between July 15 and 22, 2018.

It’s a popular and historic event but like all tournaments outside of the Grand Slams, the Swedish Open relies heavily on sponsorship and other partnership deals. These keep the prize money high, thereby attracting the best players possible which will, in turn, lead to bigger attendances during the week’s play.

LeoVegas can enjoy the feelgood factor that comes with backing a smaller sporting event but the operator will gain increased exposure from those in attendance and from wider TV coverage so it’s a contract with good balance that will benefit all sides involved.