There is still some way to go before the final places in Europe’s top flight leagues are decided but here in the UK, we’re already set for our first round of play offs. Down in the Vanarama National League, teams are ready to do battle in the most important matches in their history with the winners set for professional football and a place in League Two for 2018/19.

There is huge interest and extensive live TV coverage of a new format and it’s now received the backing of a significant betting partner ahead of the first set of kick offs. 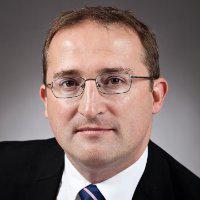 The National League has announced an agreement with Ladbrokes who will become the official betting partner at all stages of the play offs for 2017/18. The deal kicks in from the first set of games which take place on May 2nd and will extend all the way through to the final which is held at the historic Wembley Stadium ten days later.

Five games in total will receive Ladbrokes’ backing in an important contract for non-league clubs and for the organisers of the division. The new format has seen the play offs dubbed as ‘Monumental May’ and Ladbrokes’ involvement has been welcomed on all sides.

We are proud to have Ladbrokes on board for what is set to be a significant time in the history of The National League.

This partnership will provide fantastic exposure for our competition, and we look forward to working with Ladbrokes during this time.

As Britain’s biggest multi-channel betting operator we are very excited to be sponsoring The National League play-offs.

It’s a very exciting time for clubs as they embark on their mission for promotion and we would like to wish the clubs and fans the very best of luck. 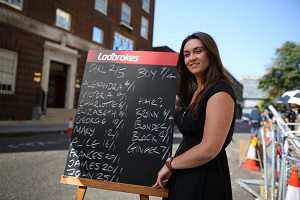 In changing the format of their play offs, the National League has followed the lead of other sports across the world by rewarding those teams who finish higher up the ladder at the end of the regular season. The sides who finished in second and third – in this case Tranmere Rovers and Sutton United, will therefore progress straight to the semi final stage where they will await news of their opponents.

Prior to those games, the teams placed from fourth to seventh will do battle to earn the right to progress to those semis. Ultimately, we will then get two teams facing off for the ultimate prize of a place in League Two via a final at Wembley Stadium.

While it may seem unusual to introduce a betting partner at this late stage of the season, this makes perfect sense in light of the fact that the National League is entering a new era with this play offsystem. It’s ideally placed for a big operator to step in and provide backing so Ladbrokes are a good fit for the latter stages of a thrilling campaign.

In changing their play off system, the National League organisers have added some late spice to the competition and they have now have deserved financial backing from Ladbrokes, who step up as the first betting partner of this new age.