We’ve seen how Dafabet have become involved in English top flight football with sponsorship deals involving Sunderland and West Bromwich Albion and the online bookmaker has become a familiar brand on the football fields of England.

The Scottish market may be less lucrative but Dafabet, who were formed in 2004, have recently become involved with one of the two biggest clubs in the country – Glasgow Celtic.

Dafabet have been Celtic’s betting partner for some time and as the existing deal with cider producer Magners came to a close, it seemed a logical move for them to step up and take over shirt sponsorship ahead of the 2016-17 SPL season. The arrangement is believed to be for the next five years and will see the company’s exposure grow north of the border.

Any fans outside of Scotland who may be a little cynical over the arrangement should consider the words of Dafabet’s Head of Sports Marketing and Sponsorship John Cruces who said,

No matter where you go around the world, you always see a Celtic shirt such is their worldwide support.

And it’s true: Celtic are a club steeped in history who enjoy a global following so over the next five years, Dafabet will see their name across replica shirts far beyond the Scottish borders.

Over the years since they first went online back in 2004, Dafabet have been firmly behind British Sport and their funds have been important to the teams that they support. West Brom, Blackburn Rovers and Sunderland have been among the sides to have benefitted from the bookies’ cash and perhaps the last of those three names have a particular reason to be thankful.

Sunderland spent much of the last season as favourites to be relegated and in fact, their own sponsor listed them as near certainties. The first half of the campaign went badly for the Black Cats but in the January transfer window, manager Sam Allardyce secured the arrivals of a number of key players including Wahbi Khazri, Lamine Kone and Jan Kirchhoff. Ultimately they stayed up to enjoy the lucrative surroundings of the Premier League for at least one more season. How much of their survival is down to the funds injected by Dafabet?

For Celtic, they have different ambitions but again, they can be achieved with some cold hard cash. 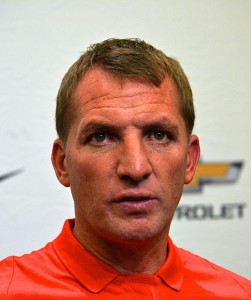 Celtic may routinely win their domestic league but their ambition extends beyond that and that was evidenced by the sacking of former manager Ronny Deila – a man who had led the Glasgow club to successive SPL titles but had failed to make any real mark on the Champions League.

For Celtic to grow, they desire to compete with the best European clubs in the continent’s elite competition so it is hoped that Dafabet’s funds, harnessed to the ability of new manager Brendan Rodgers, will help to bring in new players that can match the squad’s ambition.

While it’s rare to see actual numbers being discussed by either party, the deal is widely acknowledged to be Scotland’s biggest so we can safely assume that millions have been pumped into the Parkhead club for 2016-17 and beyond.

They would argue that they are the biggest team in the country so it’s clear that Dafabet are getting what they want in terms of exposure, both with TV coverage and the sale of replica shirts. Celtic are an iconic name so those sales will definitely go global.

The club themselves are hot favourites to win yet another SPL title but they have loftier ambitions and while the funds will help them consolidate domestically, and fight off the challenge from newly promoted Glasgow Rangers, fans will hope that they can finally start to make some inroads into Europe’s Champions League.